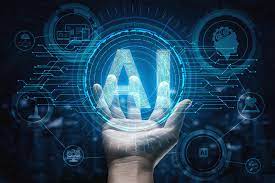 What is artificial intelligence with example? 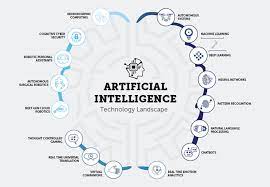 In recent years, there has been a growing interest in using AI in various industries, from finance to healthcare. While there are many potential applications for AI, one of the most important factors to consider when deploying it is its ability to learn quickly. If you are looking to take advantage of the potential benefits of AI in your business, then you should make sure that your software is able to learn from data and improve over time.

What is artificial intelligence?

Artificial intelligence is a field of computer science and engineering that deals with the creation of intelligent agents, which are systems that can reason, learn, and act autonomously.

What are some examples of artificial intelligence technology?

When you think about artificial intelligence, what comes to mind? Perhaps a computer program that can understand human conversation, or a smartphone app that can read your intentions and recommend the best course of action. While these are all forms of AI, there are many more examples out there.

Artificial intelligence has become an important part of our lives in many ways, from powering our smartphones and smart speakers to helping us shop for groceries and plan our holiday travel.

Here are five more examples of AI technology that you may not have heard of yet.

1. Virtual assistants: Google Now and Siri are classic examples of virtual assistants. These programs help you with tasks like scheduling appointments or sending text messages, but they can do much more than that. Some virtual assistants can learn your habits and preferences over time to become even more useful.

2. Machine learning: Machine learning is a type of AI that allows computers to learn on their own by exposing them to data sets and then analyzing the results. This is how Google’s search engine works: it constantly analyzes large amounts of data to figure out how people search for information online.

How does artificial intelligence work?

Artificial intelligence (AI) is the process of creating software that can perform tasks that would ordinarily be considered the work of a human. AI is often used in digital assistants, search engines, and other technologies.

How can artificial intelligence be used for good?

Artificial intelligence has come to be seen as a tool for good, as it can be used to help people with disabilities and learn new skills more quickly. It is also being used to create intelligent chatbots that can converse with humans in natural language.

What are the risks of artificial intelligence?

Artificial intelligence, or AI, is a field of computer science and engineering that deals with the creation of intelligent machines. AI has the potential to improve our lives in innumerable ways, but there are also concerns about its risks.

Here are three of the most worrisome ones:

1. Weaponized AI
AI could be used to create deadly weapons. Imagine a robot that can autonomously choose targets and carry out deadly attacks on innocent people. This type of AI could be incredibly destabilizing and dangerous, and poses a serious risk to humanity as a whole.

2. Robotics takeover
AI is capable of performing many tasks traditionally done by humans, like driving cars, operating machinery, and even providing medical care. If left unchecked, this could lead to a robotic takeover where robots take over many jobs currently done by humans. This could have devastating consequences for the economy and society as a whole.

3. Rising unemployment
AI is likely to lead to rising unemployment in many industries. As robots start taking over many jobs currently done by humans, businesses will need to find new ways to operate. This could lead to widespread unemployment, particularly in sectors such as manufacturing and services where many jobs are currently based.

What are the types of AI?

Artificial intelligence is a branch of computer science dealing with the creation of intelligent machines.

Artificial intelligence (AI) is a relatively new technology that has the potential to change the way we live our lives. As AI continues to evolve and get smarter, it is becoming more and more common for businesses to use it in order to automate tasks. Or create intelligent systems that can help them with their operations. This article provides an example of how AI might be used in the future by a dental office to improve patient care. If you’re interested in learning more about AI, I encourage you to read further! AI Wikipedia. 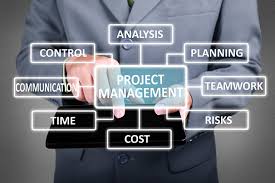